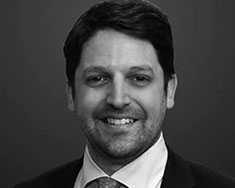 In his legal career, Mr. Wallace is recognized by The National Trial Lawyers for the prestigious honor of “Top 40 Under 40”, was also name by AATA as a “Premier 100 Trial Attorney.” AATA have been recognized by the bench and bar as leading Trial Attorneys in the United States. Bradley Wallace is a trial lawyer and founder of the Law Offices of Bradley S. Wallace, PC. He was named by the American Institute of Personal Injury Attorneys as one of the “10 Best Attorneys in Southern California for 2015.”


Attorney Wallace was recognized in The Recorder’s “California’s Million Dollar Verdicts” for having the 38th largest injury verdict in California. Mr. Wallace was also selected, for the fourth straight year, by Super Lawyers Magazine as a “2016 Southern California Rising Star.” An extremely prestigious honor, as no more than 2.5% of attorneys in California are named to this list. Mr. Wallace is a “Life Member” of the Million Dollar Advocates Forum and was recently named by Rue Ratings’s Best Attorneys as a “Lifetime Charter Member.”

Bradley Wallace is licensed to practice law in state and federal court in both California and Nevada. When he is not in the courtroom, Bradley enjoys spending time with his family. You can often find them at Dodger Stadium or Staples Center, rooting for the Lakers.