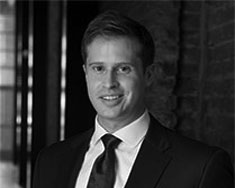 
In 2007, David McDivitt joined his family’s law firm as a practicing trial lawyer and the Chief Operating Officer. With a background in investment banking and trial experience as a Deputy Public Defender, David brought a wealth of information and experience to the firm.

Mr. McDivitt actively works to support legislation designed to protect the rights of injured victims, workers, and consumers. Mr. McDivitt frequently testifies before both the Colorado State Senate Judiciary Committee and the House Judiciary Committee as an expert on behalf of various legislation designed to protect the rights of those injured due to the negligence of others, including those injured by drunk drivers. In addition to his work at the State Capitol, Mr. McDivitt has been a featured speaker at the largest annual gathering of auto accident and wrongful death trial lawyers in Colorado, speaking about changes in the law designed to protect injured victim’s rights to pursue their claims against wrongdoers.